Full Moon of Werewolves: Why Werewolves? by Victoria Janssen

About today’s guest: Victoria Janssen
Victoria Janssen attended a women’s college and there discovered she enjoyed writing erotica. After selling several dozen stories under the name Elspeth Potter, her agent suggested a novel based on “Ducal Service,” which appeared in The Milf Anthology (2006). The proposal evolved into The Duchess, Her Maid, The Groom and Their Lover, published by Harlequin Spice in December 2008. Her second novel for Spice, The Moonlight Mistress, will be published in December 2009; it features the early days of World War One and werewolves. When not writing, Victoria lectures about writing and selling erotica at literary conferences, researches in libraries and graveyards, and guestblogs. She lives in Philadelphia.

The werewolves aren’t the main characters; their presence generates plot because an evil scientist tortures them with his experiments. It’s the human characters who rescue them and send them off to what I hope will be another story, their own story. 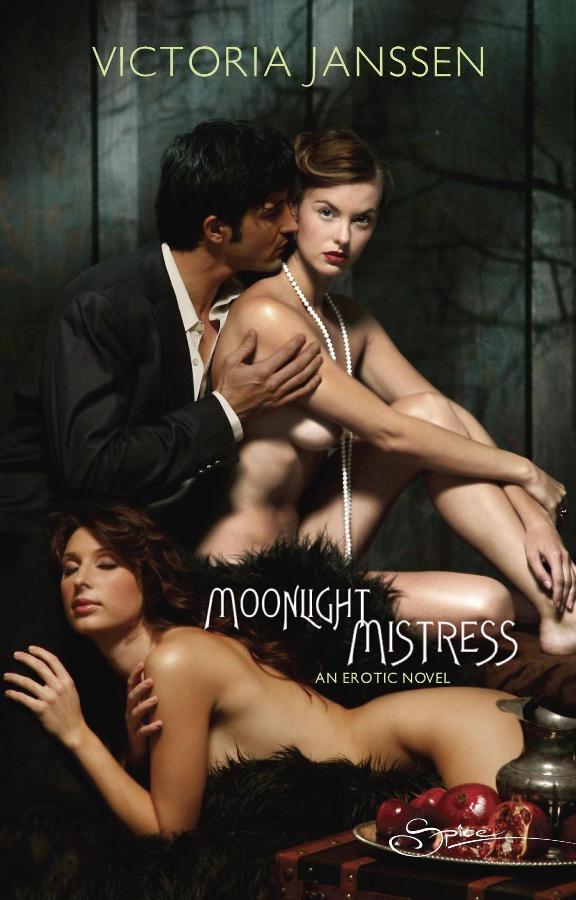 World War One supplies plenty of conflict, but it all revolves around soldiers, refugees, the wounded and the dead. Despite my deep interest in reading about the war, I didn’t want this book to be grimly realistic. There are plenty of memoirs and other works of nonfiction where those details can be found. I chose to use enough details to give the reader an idea of the time period, but not so many as to give them nightmares.

It was a tricky balance of realism and fantasy. Too much realism, and the book isn’t fun anymore. Too much fantasy, and the book loses plot tension. I balanced the two elements by giving my werewolves realistic characterization.

One werewolf is a soldier, the other serves as a spy. Their werewolf attributes are more science fictional than fantastic. I decided not to travel too far from a “realistic” or “mimetic” approach, so I decided their transformations would not be linked only to the full moon, and that the full moon would not force a change. I also decided that being a werewolf was hereditary, and though interbreeding with humans was possible, the trait rarely passed down in its entirety. I didn’t go into the actual mechanics of transformation, but described it as a physical process rather than a magical one. I wanted the werewolves to seem as if they belonged, as if they, too, were part of the historical setting.

I hope it worked!

Here’s a brief excerpt, just enough to give you the idea:

//Noel crawled forward a few more inches. He and his two companions were now fifty yards into this wide stretch of No Man’s Land, the closest they were likely to get to the enemy without being seen. He lifted his field glasses again, wedging them beneath the brim of his uniform cap. Sharp bits of rock dug into his hip, where the fabric of his trousers was not quite thick enough for protection, and newly deployed coils of wire atop the German trench obscured his view. Forcing himself to ignore the distractions, he murmured his estimates of the enemy manpower in the trenches a hundred yards away, doing so more by smell than sight. To his left, Lincoln scribbled the numbers in a dirty notebook. To his right, Denham’s beefy hands restlessly caressed his rifle.

If one’s nose could ache, his did, from too long spent crammed together with too many men, all of them in desperate need of a bath and a good night’s sleep; the sour tang of exhaustion exuding from their skins was worse than the stench of sweat. The Germans, from what he could gather on the wind, were in similar state, their individual scents muddled together with layered masks of weariness and fear. Only their food smells differed. If all humans could smell with the acuity of wolves, he pondered for the millionth occasion, would they be able to go to war with each other?

He was thankful for the burial details that had gone out earlier in the day, under a flag of truce. Otherwise, this duty would be unbearable.//

Moonlight Mistress is out December 2009 from Harlequin Spice.