30 Days of Vampires–Vampire Fiction – Is It a Passing Fad?

30 Days of Vampires Schedule
Jennifer Ray is an avid reader and owner of the online review site, www.wildonbooks.com. She has many vampire authors listed on her page of favorites and was kind enough to stop by 30 Days of Vampires to share her views on whether vampire are still hot or stone-cold dead… 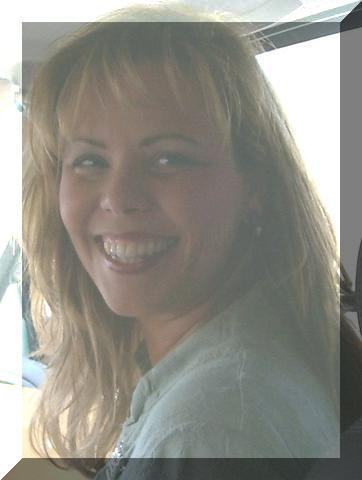 Vampires are EVERYWHERE. OK, maybe not really, but you definitely find them starring in numerous books, movies, and even television shows. In the world of romantic fiction, they say that vampires are ‘hot’ right now. In my opinion, I don’t think they’ve ever really been out.

You can go back decades, even centuries and find the world harbored a fascination for these dark creatures. One of the most famous bloodsuckers of all time is, of course, Bram Stoker’s DRACULA, but the legend of the vampire goes back even further in fictional literature dating back to the 1700’s. Prior to that, this creature was already deeply entrenched in the folklore of numerous cultures, although the term ‘vampire’ was not popularized until the 18th century. Still, a bloodsucker by any other name is still a vamp, right?

So why the fascination with what, for the most part, is considered a being of evil? Perhaps it is because this particular demon was once human, and was usually turned in the prime of their life, preserving his or her youth for eternity. Or, maybe we just feel sorry for this lonely creature doomed to a solitary life spent without the joy of ever feeling sunlight upon his face again.

Of course, some vampires are more sympathetic than others. Anne Rice did a spectacular job of building a captivating world for her vamps with her VAMPIRE CHRONICLES series. She gave her creations motivations that we mere humans can understand, even empathize with. She made them likable, no matter how many foibles they had. Lestat, in particular, is the vampire we all love to hate. But even while we deplore some of the things he did, in the end we can’t help but love the rascal.

For me, that’s when I first found the vampire really likable. I’d long been fascinated by nightwalkers, but had primarily read horror stories where the vamps are always villains. But Anne Rice humanized the vampire. Not only that, she made her vampires extremely desirable, beyond the old hypnotic spell that vampires of old cast to capture their prey. No, Rice’s vampires were downright charismatic. Is it any wonder that equally charismatic actors such as Brad Pitt, Antonio Banderas, and Tom Cruise (OK, the world liked Tom at the time) were cast in the roles of her star vampires?

After devouring all of Anne Rice’s vampire novels, I looked for more of the same. I found Sherrilyn Kenyon’s DARK-HUNTERS, with stories that are definitely dark and serious, yet still fun and full of hope. Kenyon puts a very unique spin on the mythos for her vampire world, using ancient Greek myths to birth the creation of her DARK-HUNTERS. From there, the stories evolved and now include legends and characters from many of the various culture’s, including the Egyptian and Sumerian pantheons.

And that is one thing that really intrigues me – how many different ways can various authors tell the vampire story? Some stick to the traditional legend where a victim is turned by being drained by a vampire, dies, and then rises as a member of the Undead, complete with their own set of shiny new fangs. Others, like author Brian Lumley, tell a story in which the vampire is a parasitic/symbiotic organism, living inside a host and taking control of him while imbuing that host with extraordinary powers. And there are even stories where vampirism is a virus, infecting humans through some kind of contact, airborne or directly.

I am fascinated by the fact that authors keep finding ways to make an old legend fresh. This theme just never gets stale, unless written poorly. So what do I think about people saying that vampires are ‘hot right now’? I think that’s a load of rubbish. The statement implies that vampire fiction is a passing fad, when it is a genre that now seems as immortal as the creature itself.
Jennifer A. Ray
Wild on Books Reviews
www.wildonbooks.com
www.jenaray.com

Complete Vampire Chronicles (Interview with the Vampire, The Vampire Lestat, The Queen of the Damned, The Tale of the body Thief) by Anne Rice