30 Days of Vampires, The Cold Hard Truth About Vampires

Today for 30 Days of Vampires, Irene Peterson is stopping by. Irene is a friend of mine from our start as Zebra Debut authors. Recently she wrote a rocking vampire tale on her blog and I asked her stop by here to help us celebrate vamps in general.

Let’s not quibble here. I’m not going to debunk anything, I’m not going to complain about modern writers wreaking havoc with the mythos of vampires. What I will do is tell you all how to dispatch a vampire, so that if you should ever come into contact with one, you know how to deal with it.

Yes, there are ways to get rid of a vampire.

First of all, a vampire cannot cross your threshold without first getting your permission to do so. Though, if the vampire is particularly sly, it can coerce you or trick you into saying something that will sound like permission, and that’s all it needs.

“Are you going to stand there all night?” is tacit permission. You gotta be really careful because they are expert at twisting your words around.

Wearing garlic chains around your person will certainly chase away the vampires, however, you’re gonna look a little strange. Might I suggest those garlic pills that are supposed to help with cholesterol? They work. It is the sulfur and sulfites in the garlic, both plant and processed, that vampires cannot stand. Back in the old days in Transylvania, the folks grew garlic and ate it regularly. They knew it worked, so always try to keep some on hand, or at least eat Italian frequently.
Salt will also repel a vampire. Should you spread salt (it doesn’t have to be iodized necessarily) in a two inch thick path around yourself, no vampire can cross through that. 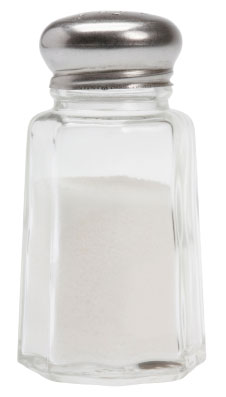 Face it: they’re rotting away slowly. You all know what salt can do to a garden slug…it works on vampires just as easily. In a pinch, just spilling enough salt on your porch will work, but at the least sign of humidity, the salt will dissolve and salt water doesn’t work nearly as well.
Religious artifacts such as crosses, saint medallions, Bibles, holy water…yes, they will work to repel and even shock vampires, but there’s a proviso here. One must truly believe in the power of the word, or the symbol of the cross or even Star of David. If you just carry a crucifix on your person but do not believe, well, it means the same to the vampire who is after you and you’ll be steak tartare shortly.

Killing a vampire involves a bit more effort on your part. The time honored method of dispatch is simply driving a stake from hawthorn, aspen, ash or white thorn directly through the vampire’s heart will stop them. There is a stage two to this, however, that is far too often neglected. The head must then be separated from the body and buried separately. They do not disappear in a puff of smoke or shower of sparkles. The body will remain, so you have to get rid of that, too. If buried, the body and head must be buried separately lest with the power remaining in the head, the vampire reattach itself. Make sure the body is positioned chest down in the grave. Burying the body under a waterfall, since vampires cannot cross running water, will do the job nicely. Burying the head at a crossroads works well. Setting both body and head on fire and making sure it is totally turned to ash works sufficiently.

Oh, yeah. Vampires are incredibly strong. They can travel on moonbeams, though that is questionable in this day with the pollution in the air. They have the strength of twenty mortal men and can change into canine shape or big bat-creatures. Using these powers, they can cross running water, but it takes a lot out of them. They do not reflect in mirrors but you can get a good snapshot of one using a digital camera as it does not involve a glass mirror. They do not cast shadows, either. They do not breathe. They have no loyalty to anyone, not even those that sire them. They need human blood to sustain them, no other kind, as the particular hemoglobin is what they need to exist. While they can merely drink without siring another vampire, they can drain the individual of all blood with their lust for nourishment. They must drink regularly…no dieting. They do not eat flesh nor can they ingest any type of food or drink.

Vampires are not necessarily good-looking. Their supposed hypnotic influence over victims is pure Hollywood since back when most vampire movies were being made, the sexual allure they reputedly have over weaker mortals could not be portrayed.

Stay safe. Eat garlic, carry salt in your pockets at all times, avoid talking to strangers, don’t go out alone at night and never, ever invite a vampire into your house.

Irene doesn’t have any current vampire releases, but she does have two great contemporary romances available. Check them out:
Kisses To Go (Zebra Contemporary Romance)
Glory Days (Zebra Debut)