Full Moon of Werewolves: What makes my werewolves different? & Prize!

Not only does Linda write Urban Fantasy novels, she’s an artist and a musician as well. She’s played the piano since she was eight, and the electric guitar since her rock-n-roll teen years . . . a bad-ass phase some would say she never completely outgrew. 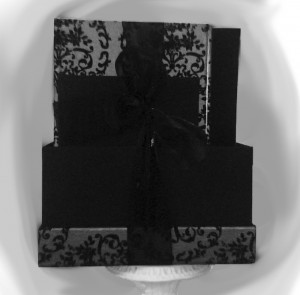 From Linda: I wanted to do a little contest, but I don’t believe I’m getting advance copies! So, I’ll do something a little different. If you’d like to have your name go into the drawing for a journal and photo album set (see picture) then go to my website at: www.wolfsbaneandabsinthe.com

(yup…Wolfsbane and Absinthe) and see if you can find out how tall the character Johnny is. (There’s only five pages there, so it shouldn’t be too hard to find!) When you find his height, then leave it in the comments section of this post. At the end of the promotion, Lori will choose a winner at random from all the correct answers. Good luck!

So, how are my werewolves different? For one thing, mine are wærewolves.

I doubt I’m the first person to spell it wærewolf with the ligatured a-e, but I did so I can refer to them as ‘wæres’ without it looking like the verb ‘were.’ Typing reasons aside, if the wæres in my story get near a witch during spell-work the energies raised can incite an irreversible partial shift—usually the head and arms—but the mind suffers irreparably. The police are expected to shoot and kill any wære partially shifted. So…witches and wæres weren’t meant to mingle.

Now how about a sample?

In the back of my address book was a list of contact numbers for the wærewolves who kenneled in my basement for full moons. My finger ran down to the name Johnny. A last name wasn’t necessary to clarify this guy. There was only one Johnny.

I put quarters into the gas station pay phone and dialed his number. It rang twice.

That threw me. My hair wasn’t red, it was dark, dark brown. Though I tried going blonde in my late teens, a week later all the prissy cheerleaders at school started saying things like ‘Your Greek roots are showing’ and I went back to brown. Blonde hadn’t been me anyway. I’m a darkling. “Red?” I asked.

“I’ve decided I’m going to call you Red from now on.”

He snickered in a very masculine way and lowered his voice. “’Cause I like the idea of the big bad wolf visiting you and gramma.”

I laughed so hard people pumping gas turned to stare at me. Johnny’s sigh made me imagine the satisfied smile he surely wore. He loved attention.

“I knew you’d call me eventually,” he said.

“This isn’t what you think it is.”

“Damn.” He breathed the word more than said it.

“Never too busy for you, Red.”

“Don’t read into my words.” On full moons, the wolves let themselves into my storm cellar and locked themselves into the cages they wanted with whomever they wanted to share them with –an important choice, since these caged animals passed the time by mating, and furious mating by the sounds of it. However, when I went to unlock the cages at dawn, Johnny was always alone, and he teased me and howled at me, the pack clown, so to speak. He always had an innuendo ready.

“Perfect. I need you to go to Cleveland and pick up something for me in, uh, well…your stage clothes.” He fronted a heavy metal band.

“Awesome. I love scaring the white-collared types. What’m I picking up?”

I rolled my eyes. “Johnny.”

“From the manager of the coffee shop two blocks down from the Rock Hall of Fame.”

I had to smile. His enthusiasm never waned. I didn’t mean to be cruel, but if any man would make a good wolf, as in cousin to man’s best friend, it was Johnny. He had the personality of a tail-wagging leg-humper that had just gotten his treat. “Yep.”

Going with the thought I’d just had, I said, “Treats.”

“Not those kind of treats, Johnny. I’m talking steaks.”

“Never.” I had to admit, I did like his attention –and his voice seemed sexier to me on the phone than it ever had in person— but I just couldn’t see myself dating him. He…he just wasn’t my type. And my personal rule was direct: Don’t flirt with the wolves you kennel. Kind of like no inter-office dating.

“So,” he drew it out. “Am I keeping this briefcase or whatever ‘til the moonrise or do I get to make a special trip to see you and gramma?”

In a mocking, child-like voice, I teased, “What big ideas you have.”

He growled low. “I got other things bigger than my ideas, little girl.”

My cheeks flushed red enough to suit the nickname. Johnny was different from the others, primarily because his looks terrified me; he had these tattoos that were just ominous. The others, in human form were just people. Johnny had such…presence.

I’d always thought he just flat out scared me, but talking on the phone for the first time, hearing him without seeing him, I realized it was all the looks. That made me feel bad, like I was shallow or something. I didn’t judge people on looks. Not usually, anyway.

“I’ll be home; bring it to me there.” I’d have to test my theory and see if he still intimidated me.

He hesitated. “I’m not complaining, Red. I’ll play fetch with you. But why aren’t you doing it if you’re just going to be home?”

I sighed. “I’ll explain when you arrive. Okay?”

“Okay,” he said brightly. “It’ll be about five-thirty or six by the time I make it through traffic and get to your place, so I’ll pick up something for us to eat. See you then.” He hung up before I could protest.