Two authors have agreed quite nicely to answer a few questions about PIRATES. 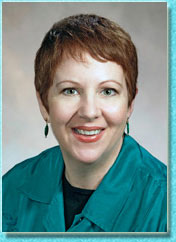 Darlene longs for a little more swashbuckling in her life. To fill that void, she writes of piracy, smuggling and romance in 19th C. Florida, a good excuse to abandon the office and take day trips with the convertible top down to hotbeds of intrigue and romance like Fernandina, St. Augustine, and Micanopy. Florida is her home and her passion, and its history, politics, flora, fauna, and natural disasters provide a well of inspiration that never goes dry.

CAPTAIN SINISTER’S LADY— Morgan Roberts, AKA “Captain Sinister” would like nothing better than to settle down with a nice lady When Amanda Stephenson practically falls into his lap while he’s robbing her ship, he’s sure it’s a sign she’s the one for him. No matter what her own plans are for the rest of her life.

PIRATE’S PRICE–Christine Sanders is a runaway bride who believes the best way to live comfortably on her own is to turn pirate. And the perfect man to rob is her own husband, Justin Delerue, Lord Smithton, especially since he got rich by marrying her against her will and taking her inheritance! When Smithton himself is taken captive he has a different plan for his pirate bride, and could very well end up stealing something from her–her heart.

SMUGGLER’S BRIDE–Rand Washburn is on top of the haul of his life. He’s not going to let some sassy, misplaced Englishwoman mess up the biggest smuggling operation ever seen in Territorial Florida. Rand will do whatever it takes to stop Julia, even if it means getting out the shotgun and making her the smuggler’s bride.