Full Moon of Werewolves: Learning to Love the Wolf! (& Prize!)

Michele has been writing romance, action-adventure and fantasy stories for over fifteen years, but as you will see below she wasn’t born with her current love of werewolves. She is, however, willing to share it with you. One lucky commenter will win a copy of THE DEVIL TO PAY and a chocolate. Just leave a comment on this post to be entered. Winner will be announced at end of Full Moon promotion. Last day to enter Saturday, April 25th at midnight central U.S. time.

I never used to like werewolves. Heck, I fear dogs, so you can imagine werewolves give me the heebie-jeebies. I admit I haven’t read any werewolf stories. My fears are based entirely on what I’ve gleaned from the silver screen.

My fear of shapeshifting wolves started with the movie An American Werewolf in London. It came out in 1981. I was…15 at the time. My mind was young, unblemished by silver screen horror; I’d never seen blood and guts—ever. You may look back on that movie now and laugh (CGI has advanced movie effects SO greatly) but let me tell you, that movie scarred me. I can still vividly recall the werewolf ripping out some woman’s throat and leaving her mangled on the grass. Hey, I creep out easily. Don’t even mention Silence of The Lambs to me unless you want to see me faint.

So my first brush with the wolf was not a good one. Follow that up with the goofy Teen Werewolf movies starring Michael J Fox, which just had me shaking my head, and I’ve avoided lycanthropes until very recently.

Although, there was an interesting sleeper that came out in 1992, Mad At The Moon, starring Mary Sue Masterson. It was a romance with a western setting. The movie was very cautious with the whole werewolf theme, utilizing the romance amazingly well. I was actually riveted. Hmm…I thought, maybe the hairy guys are not so bad after all?

I didn’t think much about werewolves until I stumbled onto the Canadian television cult-hit teen show, Big Wolf On Campus.

(I know, really dorky wolf costume, right? I think that was the point of the show though, to laugh at itself.) Dorky and goofy and utterly weird, this show featured a college boy who was also a werewolf trying to simply fit in. But it was his goth friend with crazy knowledge of every paranormal creature that ever existed, Merton Dingle, who stole the show, so I can’t claim I watched it because of the wolf.

Then came the movie Underworld. I went for the vampires; I fell in love with the werewolves. Blame it on Michael Sheen’s amazing portrayal of Lucien, the werewolf we all thought was the villain until we got a glimpse of his heart-wrenching past. The man just does werewolf so well, doesn’t he? 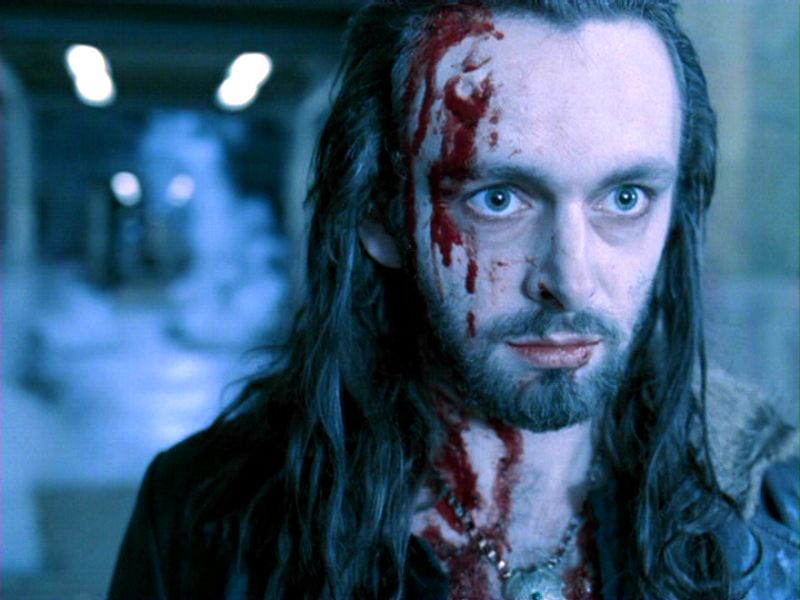 Uber sexy, if you ask me. It was around that time I’d begun working on my Bewitch the Dark series that featured vampires and witches. I tossed a werewolf in there for a few pages, just to show that they also inhabited my ‘world’. Okay, so I’d gotten over my creep-out for werewolves thanks to Lucien, but I still didn’t want to write a full story about the hairy critters. Back hair, eww.

I also have to mention the excellent Blood & Chocolate (movie version) which further lured me into some kind of wolf-love for the hairy dudes. Okay, all right, already! So werewolves are lovable, too. And heck, they don’t have that nasty habit of sucking on your neck like vampires. In fact, I think they can be very playful and fiercely protective of their mates.

So I succumbed. I wrote a novella about a werewolf, “Racing The Moon”, which is currently feature in the MIDNIGHT CRAVINGS anthology from Silhouette.

I wanted to explore what happens with werewolves and the full moon thing. Do they freak out? Start killing? Stalk cattle? Howl at the moon? Or maybe they get amorous? I have to say, I loved my wolf, Dean Maverick, in that short story so much, I then had to write a full-length novel for one of the hairy blokes. MOON KISSED comes out this September, and features Severo (who was the cameo-appearance wolf in KISS ME DEADLY). And then I wrote another; HER VAMPIRE HUSBAND features a female werewolf forced to marry a vampire, for my November release.

I’ve come a long way from An American Werewolf In London. But I still don’t want to watch that movie ever again. [shudder]

Read more about Michele’s werewolves (and vampires) at michelehauf.com