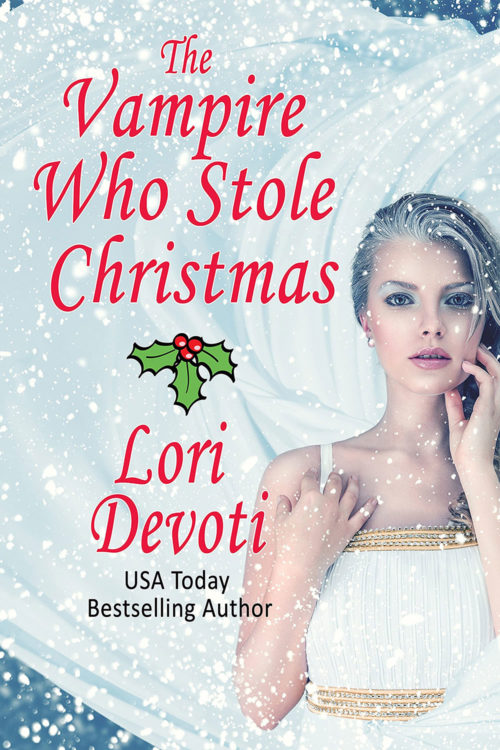 The Vampire Who Stole Christmas

Not every soul can be saved.
At least that’s what daimon Aimee Polk has told herself.
And there’s no time limit on revenge.
Especially when you’re a vampire.

Drystan Hurst has been waiting and plotting since his adopted family left him for dead, left him to be found by a vampire. It’s taken years, but he finally has the perfect way to expose the family and ruin all of their social and political aspirations.

Turn his adopted brother’s new angelic fiancée against them.

Aimee lost her last charge. She’s failed as a daimon, but she has another chance to do good, this time as a human politician’s wife.

Her days of saving souls are behind her.

No beings could be more opposite.

But they may be just the thing the other needs most of all.

Can they save each other? Or will they both be lost for eternity?

“In Devoti’s darkly romantic The Vampire Who Stole Christmas, bitter vampire Drystan Hurst is on a vicious mission of vengeance and plans to use his brother’s fiancée, gentle Aimee Polk, to destroy his adoptive family. What he doesn’t realize is that Aimee has a stunning supernatural secret of her own. An enjoyable duo of holiday romances with a supernatural twist.” —Library Journal

“Drystan and Aimee make a very unusual couple with his darkness and the lightness surrounding her, but Ms. Devoti expertly shows how some differences do not manner when love enters into the equation. The feelings expressed between this couple are beautifully conveyed with stirring emotions and sincere actions, and these sentiments are extremely heartfelt in each scene where they are together. Drystan’s quest for revenge is almost palpable, as his anguish for what was done to him comes across with realism. The potent emotions of The Vampire Who Stole Christmas are fueled by fervent passions and deepest desires, making this a most rewarding story.” —Amelia Richard, ParaNormalRomance Reviews